Villa for Sale in Zurgena, Almería

Cabreras, Zurgena : A beautiful country property surrounded by orange, almond and olive trees. Sitting on a huge plot of 50,000 sqm the location of this property provides total tranquility & privacy. The spacious accommodation built over one level comprises 3 beds and 2 baths, entrance hallway, living room, kitchen, utility, entertaining room, garage and ample storage. The master bedroom has an en-suite bathroom, air conditioning and a dressing room. The living room is a great size complete with an open fireplace and air conditioning. The kitchen is larger than average and provides access to the entertaining room and the utility room. There is a private swimming pool with built in Jacuzzi, and within the grounds a fire pit and a lot more. The property entrance benefits from electric gates. In addition and a great feature of this property is  the large sunny solarium at the front of the house with motorised blinds and fly free screens.

If you are looking for a country property with guaranteed peace and harmony, this is a great property.

The current owners have permissions in place to build a very large garage / agricultural building on the  land next to the property, to the right hand side if you are looking face on from the front gates.

Zurgena is a Spanish town and municipality in the province of Almeria, in Andalusia. In 2014 there were 3,129 inhabitants, with a surface area of 72 km² and had a density of 43.46 inhabitants per km². It is located at an altitude of 248 metres and 95 kilometres from the provincial capital, Almería. The post code is 04650.

The municipality borders on the municipalities of Huércal Overa to the North, Arboleas to the west, Antas to the south and Cuevas del Almanzora to the east. The town is on the banks of the Rio de Almanzora in the foothills of the Sierra de Los Filabres. The town of Zurgena and the nuclei villages and hamlets are easily accessible from the E15-A7 Mediterranean motorway.

The municipality of Zurgena historically means the gateway to the Valle del Almanzora. The first settlements date back to the Neolithic period. Up to two populations of this historical period were located near the current river course. The terrain is of volcanic origin, sharing these features with much of the rest of Andalusia. The fertile land and the presence of water in the vicinity of the currently dry riverbed made Zurgena an ideal place for Neolithic man.

Centuries later, Zurgena became a Roman settlement. Known as Route Verte there was a Roman road between Granada and Murcia. The route passed through the current neighbourhood of La Alfoquia. Currently you can see the path of the ancient Roman road behind the remains of an old gas station. This road follows the dry river bed of Cerro Limera where you can still find remains of the past.

Zurgena celebrated another moment of glory with the arrival of the railway to Valle del Almanzora, in 1885. The train station of Zurgena, located in La Alfoquia, was one of the most important in that century in the region and one of the most important in the province. Thanks to recent renovations, railway facilities such as warehouses, now empty and out of service where all goods were deposited, have been preserved. In the vicinity of the station there were also workshops for the maintenance of locomotives and wagons. These days the largest remaining railway building is used to host local events such as fêtes and charity events, often by the expat population who live in the area.

Zurgena town hall has implemented many avenues of help for the British expat population and actively encourages bringing the general populace together by hosting special events to introduce them to local arts and traditions.

In this municipality the land is very fertile which is why most of the population is based in agriculture or satellite businesses such as distribution and hardware supplies. In recent years there has been a greater emphasis on citrus production and reforestation. The soil is extremely fertile, though dry on the surface, and the water table is generally at a good level for the growth of olive trees, and in higher areas, almond trees and pine trees, which are both very deep rooted, and so thrive where other crops would fail.

Fridays are market days in Zurgena with a fairly small selection of general goods and local produce located in the main thoroughfare and square.

How can we help?

* Transfer tax is based on the sale value or the cadastral value whichever is the highest. 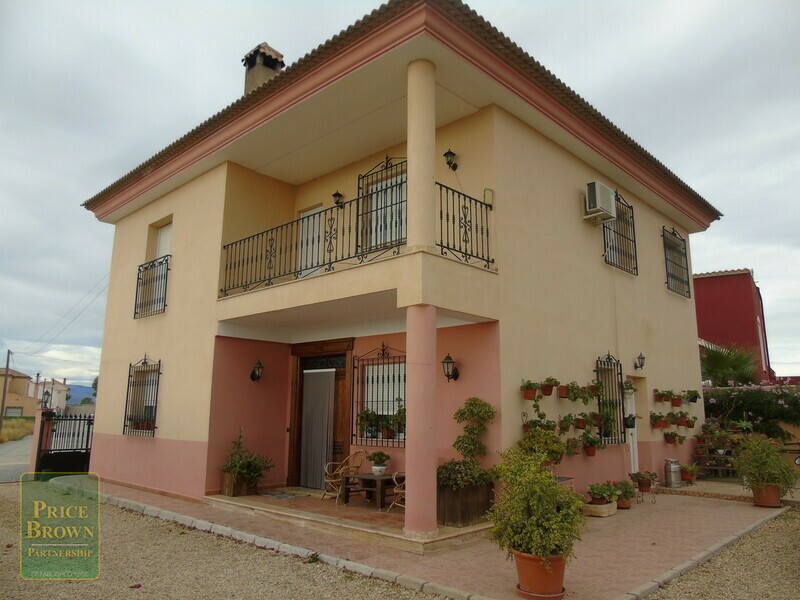