Villa for Sale in Oria, Almería

Villa Donato - A villa in the Oria area. (Resale)

REDUCED! Bright and spacious 3 bedroom villa for sale in Almeria, situated less than 5 minutes from the small town of Oria.

The property is set in a fully walled plot of over 3000m2, with a raised walled patio area around the villa.

To the front of the villa is a covered porch with traditional arches. The front door opens into a large lounge / dining room with an inset fan assisted woodburner. An archway leads into a good sized kitchen with modern fitted units, gas hob, built-in electric oven, and door leading out to the side of the villa. White goods including a dishwasher, washing machine, fridge and freezer are available by negotiation.

To the rear of the villa is a storeroom which was originally planned for use as an outdoor kitchen so has water and electricity connected. There is also a covered outdoor seating area with adjacent walled patio. The garden beyond is planted with almond trees. In addition, there is a brick built storage shed, a boiler room and a 1000 litre oil tank for the heating system.

The town of Oria offers all amenities including supermarkets, bars, restaurants, bakery, butchers, banks, medical centre, pharmacy and outdoor swimming pool. The town is around 66km from the coast, and 129km from Almeria airport.

How can we help?

* Transfer tax is based on the sale value or the cadastral value whichever is the highest. 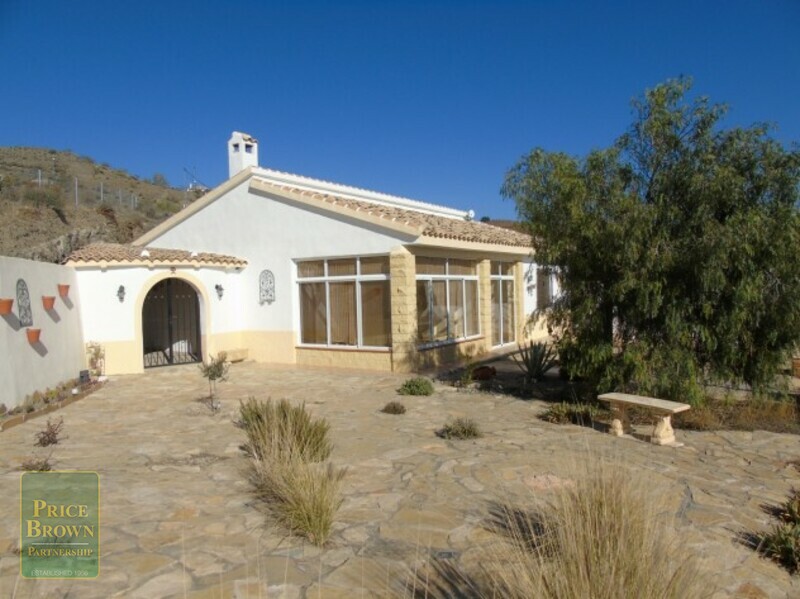 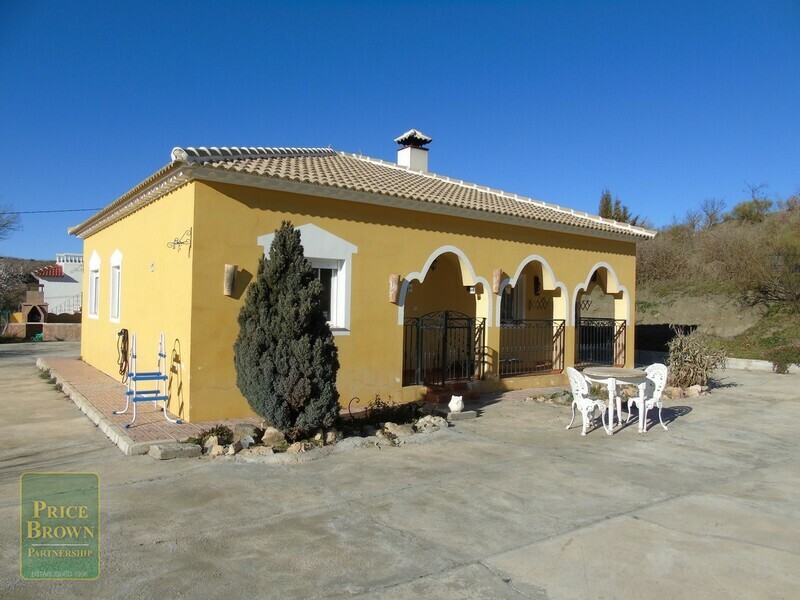 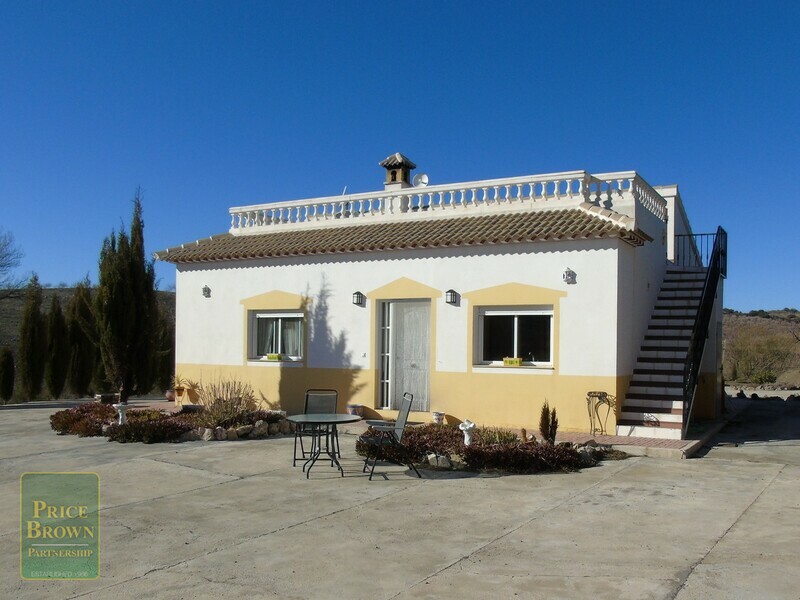